Alpha-1 Antitrypsin Deficiency (Alpha-1) is an inherited genetic disorder and about 19 million people in the US are carriers of the gene. The problem is when genetic mixing creates the perfect Alpah-1 storm. Although there are many kinds of Alpha-1 Trypsin disease the most common amongst global populations is called the S and Z genes.

For persons with both ZZ genes, which represent an estimated 100,000 persons in the USA and are likely to get liver and lung complications that will lead to transplant surgery. Persons with the SZ combination are not as likely but will be susceptible to chronic diseases such as emphysema, liver disorders and chronic pulmonary obstructive disease (COPD). About 3% of the COPD patient population test positive for the Alpha-1 disease according to the Alpha-1 Foundation.

Why is GLG Pharma working and participating in raising money for Alpha-1 research? Simple, there is no cure for Alpha-1 and The Alpha-1 Foundation has invested more than $50 million to support research and programs to speed the commercialization of therapies for the elimination of Chronic Obstructive Pulmonary Disease (COPD) and liver disease caused by Alpha-1. Activated STAT3 mediates several diseases of the lung and liver and this may also be the case in Alpha-1 mediated liver and lung diseases.

We want you to help the Alpha-1 Foundation by sponsoring Michael Lovell and Hector Gomez for a November 15th walk. This money will help the foundation continue its work in looking for cures as well as helping new products reach the market sooner rather than later. Michael Lovell our Executive Vice President and Hector Gomez our CEO are walking so please support the Alpha-1 foundation by donating through their link. Just click on the photo of your choice and donate to the Alpha-1! 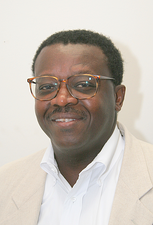